EcoEireann recognises that wildlife doesn’t just end at our coastlines and that many of the developments we deliver impact both terrestrial and marine habitats. It is this recognition which has inspired EcoEireann and Marine Ecological Surveys Limited (MESL) to cement their relationship and ongoing collaboration through a formal Memorandum of Understanding creating a combined force which will provide you with expert guidance covering all ecological issues and allow constraints to be fully identified, managed and mitigated across both the marine and terrestrial environments. Our all-encompassing consultancy services provide consistency and quality allowing us to respond rapidly and effectively to the needs of our clients.

MESL was established more than 40 years ago with the express aim of providing authoritative scientific advice on the impacts of major developments in the marine environment.

Working at the cutting edge of the marine consultancy sector, MESL meets the diverse needs of their clients in the face of increasing legislative pressures of working in the marine environment. MESL has specialist expertise in the design and implementation of monitoring programmes, the provision of Environmental Impact Assessment (EIAs) and Environmental Statements, primary research and high quality reports.  With an in-house laboratory and expert staff, MESL are renowned for conducting benthic, epibenthic and fisheries studies in a range of marine habitats.

MESL and EcoEireann recently teamed up to deliver an integrated terrestrial and marine project in the Thames Estuary. This exciting project called for bespoke survey design and conduct as well as the delivery of several outputs including Phase I intertidal and terrestrial surveys, a literature review of fisheries data, a Habitats Regulation Assessment (HRA), an Ecological Appraisal and an Ecological Enhancement Plan; all of which were delivered as a collaborative effort. This success of the Thames Estuary project demonstrates the effective nature of the partnership which utilises the specialist knowledge of each organisation to provide clients with a one-stop-shop to deliver integrated survey, advice and assessment for projects that span the land/sea interface. 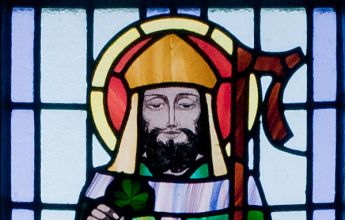 Saturday 17 of March Commemorates St. Patrick’s Day, the patron saint of Ireland. St Patrick, born in Roman occupied Britain, was taken captive as child by Irish pirates, who brought to Ireland to tend sheep as a slave. He was eventually able to escape and return to England where he became a priest. Having fallen […]